Design details: it looks and feels like a traditional paper notebook

Early design prototypes of the Supernote A5

In the early design schemes, the Supernote also incorporated popular elements of digital products such as "cool", "streamlined", and "rounded edges".

But we ultimately decided to break away from the popular digital style because it was so alien to the environment of focused thinking and creation that it couldn't evoke our emotions about paper.

"The design of the Supernote is to recreat the sensory experience of a traditional notebook," and we made that direction clear with the design team.

First, to weaken the digital sense of Supernote, the power switch and other functional buttons are designed on the right top corner, the golden section ratio position, instead of the front of its body. The customized transversely opened envelop could be quick disassembled and installed on the back groove of Supernote on the way of sliding. Besides, it weighs only 245 g (A6), which reaches to a extremely light weight and thickness. It's worth mentioning that Supernote was the first in the e-paper category to remove all physical buttons on the front, and this practice was quickly copied by others. 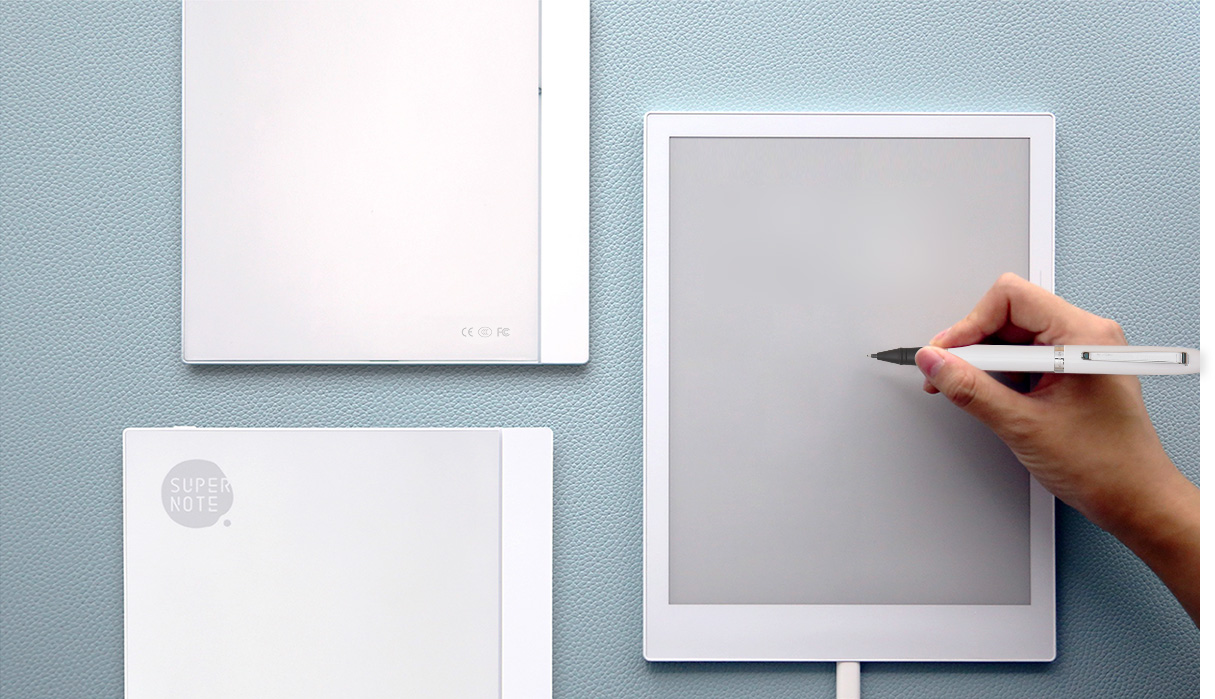 The back has a sunburst effect for a comfortable feel and abrasion resistance, making it suitable for laying flat on a table. The Supernote logo, which symbolizes the freedom of ink, is laser engraved and has a high abrasion resistance to maintain the vividness of the color for a long period of time, its luster also enhances the quality of the product.

We are in the age of technology and seem to be losing sight of the humanity in the digital world. We hope that Supernote, with its warm, sensual design, will bring you back to the real world, by picking up an elegant "new pen and paper" to light up the spark of creativity.

There are no comments for this article. Be the first one to leave a message!

We like getting letters rather than doom scrolling through social media. Maybe you do too?