In our daily writing and drawing process, we use eraser to make changes, but for digital device using eraser is not as convenient as analog way. You need to call up the toolbar, select the eraser in the cluttered icon, and repeat the steps you just made to switch back to pen function. Other than annoyance, such process also interrupted creative thoughts and works.

To solve this issue, Supernote put a lot of efforts on software development. So far, we have introduced Floating Smart Toolbar where the most used tools, such as eraser, pen, and undo/redo, are free to drag anywhere in screen, which increases the efficiency of switching tools.

Also, we collaborated with LAMY to introduce LAMY AL-star EMR pen (hard nib), which simply switch to eraser by pressing side button of the pen. It somewhat simplified the cumbersome operation. 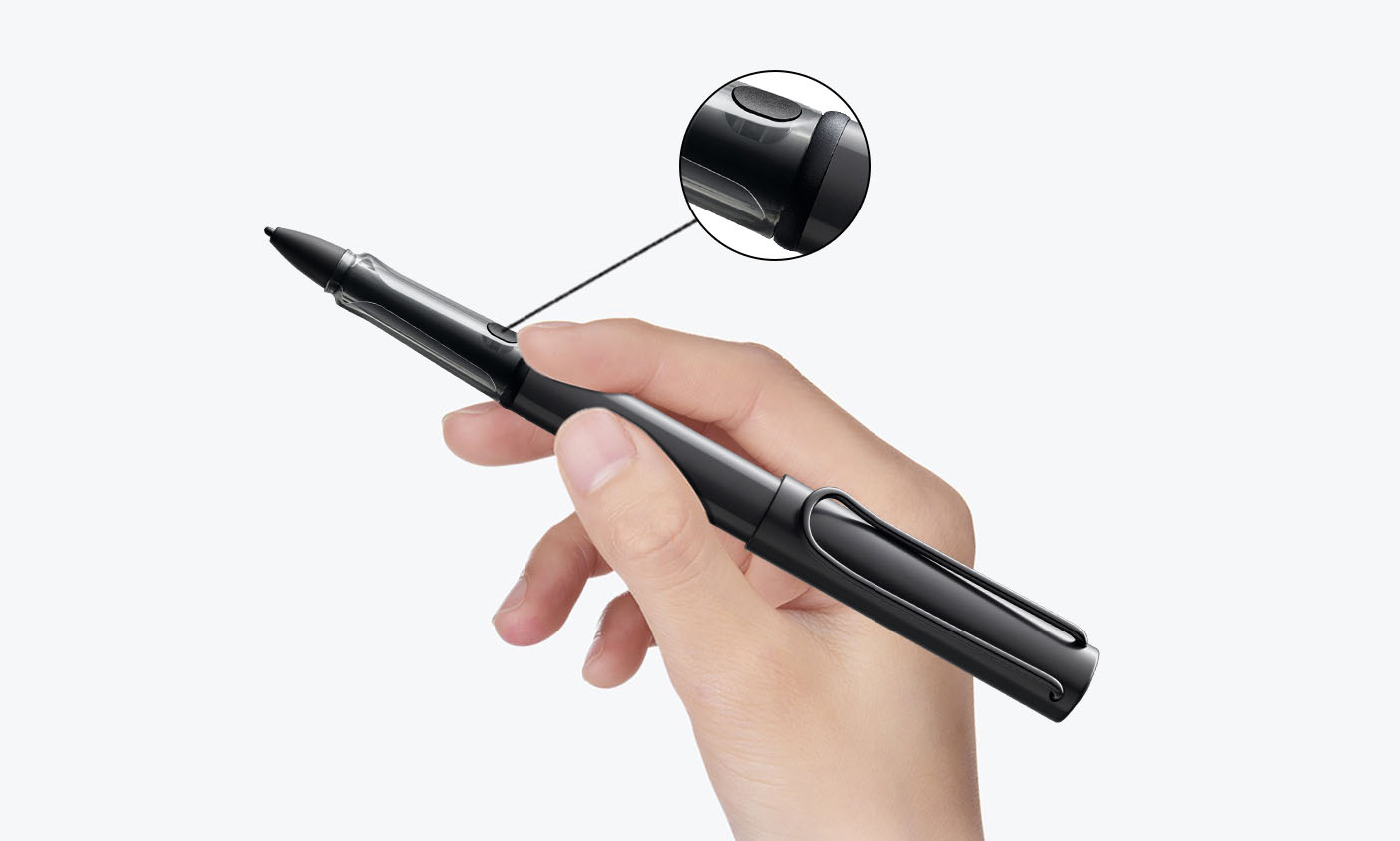 We have been asked by customers when will Supernote Pen come up with a new version of eraser function for a while. Not only are we developing pens with erasers, but we also want to create more efficient and elegant ways of interacting on software than erasers on our pens. Here, "Gesture Eraser", is the answer.

Normally when we write on the desk, we hold a pen with one hand and place the other hand next to the notebook or pressed directly on the edge of paper, which is a balanced and comfortable position. "Gesture Eraser" is to utilize the free hand. When you like to use the eraser, just put two fingers on the screen, the pen will turn to area eraser automatically. And the eraser will be switched back to pen function immediately after release of finger-tapping.

Two fingers press, erase, release, write, which is natural and comfortable process to let your thoughts of creativity flow smoothly.

Supernote R&D team made deep optimization to determine the number and distance of fingers to bring more accurate and natural results. Of course, as a new feature, there might be some adjustment needed and we look forward to hearing from you about user experiences.

“Gesture Eraser” feature will start from Supernote A5 and A6 Agile devices, then extend to X-series as "feature replenishment" in future software update. So just turn on Wi-Fi to update your device and enjoy the new feature now!

[Edit on Dec 19]: This feature is already available for the X series.